From time to time I will welcome guest contributors to post on the “Transformed Hearts” section on the blog.  I can sit all day and tell you what I think, what I’m going through but it’s something powerful when you hear about a topic from someone else’s perspective and that’s what I hope this brings.

Meet Javania M. Webb, she is a woman whose mission is not to be defined by her past.  Her passion is to help her clients through areas of conflict in their lives, such as identity development, sexual abuse and LGBTQ issues and help free them from what’s keeping them in bondage.  What I love most about her is her determination to advocate for those who need it most and her desire to help and empower young women.

She is “empowering through experience” and here is her story…. 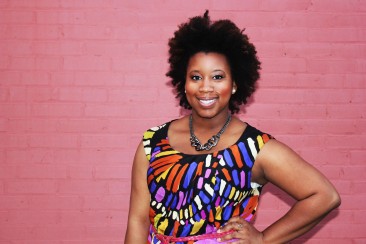 I remember being ten years old and staring at other girls in a different way.  The way I stared at girls was the way I was supposed to stare at boys.  At that age I knew nothing of sexuality, the only thing I knew was that I was a girl who starred at other girls and I feared what my family would say.  I remember going to church and hearing preachers say that homosexuality is wrong and you would go to hell for it, but I had no clue what that was.  At this time I was attending youth church, and it was ‘open’ talk so I raised my hand and asked what homosexuality was.  I heard gasps all around me and I could feel my face turning red.  I figured before he answered that I had just asked a ‘banned’ question, the response I got was “It is a sin because of the same sex actions that go on”.

Then the light bulb flipped on for me at that moment.

I was attracted to the same sex and I was going to hell for it.

After this youth service I started to self-alienate because I did not want to get attached to my family since I was not going to be around long.  I was 11 years old when the youth preacher gave me that response and it was not long that I grew to hate something else about myself.  I already did not like how I looked, hated looking in the mirror and hated my shape among other things.  I also became boy crazy, because I did not want to go to hell so I figured that the more I forced myself to like guys the less I would stare at girls, which in the future lead to the more guys I have sex with the less I will be attracted to the same sex.  I really try to force myself to advert my eyes away when I saw a girl, I would say demeaning things to myself in my head when I didn’t move my eyes and most times, that still would not work.  The only thing that would make me move or advert my eyes was fear that the girl I was staring at in that moment would catch me staring and I usually still would get caught.

I went on “living” and would start to act out like all teenagers do, but my acting out was different; a difference I really cannot explain because I still do not understand what was going on with me.  However, I vowed to never tell anyone about my attraction because I did not want to be ostracized.  I graduated high school and moved to Edwardsville Illinois for college, which is when I started to deal with my attraction towards women.  I was struggling HARD with my identity and who I was as a person; I truly did not understand [my] sexuality and would focus on stereotypes’ in the media to define it.  I became an advocate in college and would call out any and everyone who was oppressing someone but did not realize that I was oppressing myself because of who I was attracted to.  I eventually came out at 23, and all hell broke loose within myself.  Some family did not agree but I had such a hard time accepting myself that it was projected outwards.

I was uncomfortable with who I was because I was worried about what others thought about me and the stereotypes that I thought they would put me in.  The common misconception is that individuals who are attracted to the same sex do not believe in God, or are atheist, or insert whatever stereotype here.  This is far from the truth for me; I love God and never stopped. I admit I should go to church more than I do, and that’s just me being lazy, however when I do go to church I have a great time and I mingle with other members.

The purpose of this post is to let you know the reason why I do what I do.  There is a strategic reason that I have a passion for helping the LGBTQ youth, even though I was suicidal at a young age I did not have the guts to go through with it BUT our youth today do.  Bullying is so prominent now and it is sickening but we are losing youth daily because of being different from others and their peers not knowing how to understand it (even though it is not meant for their peers to understand).  I have made a life for myself where I am of service to individuals who need help because I have been there and it was not that long ago.

I know what it feels like to not fit in.

I know what it feels like to not understand the feelings you have.

I know what it feels like to feel that no one will understand you, so you keep all of your feelings in.

I know how what it feels like to relish in self-hatred but have a smile on the outside.

I am doing my best to help our youth so that they won’t feel like they are dying on the inside from the lack of understanding.  If you know someone who feels that they do not have an outlet, talk to them and see what you can do to help!

As someone who thinks it is absolutely necessary for everyone to feel loved and included I found this post inspirational and interesting.  It’s easy to sit back and think you know what a certain group of people are going through but the truth of the matter is you don’t.  There are people (children especially) who are hurting and feel ostracized because of their lifestyle.  I for one think this is ridiculous.  As a woman, a Christian and a human everyone should feel love and affection as they move through the already tumultuous things that life brings.  This post was meant to bring awareness to an issue that is ever present in our society today.  I applaud Javania for her candidness and determination to be there for others who need it!

If you have any questions for Javania feel free to contact her at info@javaniamwebb.com. You can always visit her website javaniamwebb.com for more empowerment!

"And so we know and rely on the love God has for us. God is love. Whoever lives in love lives in God and God in them." 1 John 4:16 NIV

"Don't make fashion own you, but you decide what you are, what you want to express by the way you dress and the way you live." Gianni Versace 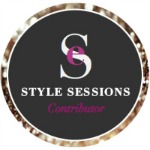